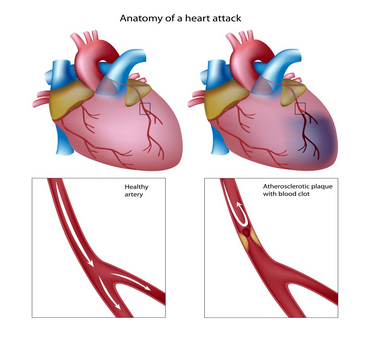 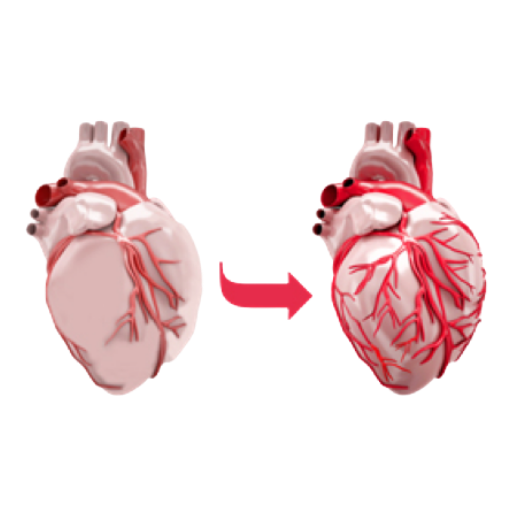 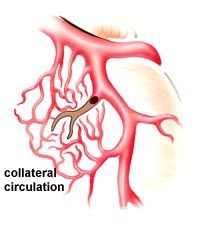 EECP has at least two potentially beneficial actions on the heart:

Second, by deflating just as the heart begins to beat, EECP creates something like a sudden vacuum in the arteries, which reduces resistance in the blood vessels of the legs so that blood can be pumped more easily from your heart. It is also speculated that EECP may help reduce endothelial dysfunction.

Based on what we know so far, EECP should be considered in anybody who still has angina despite maximal medical therapy, and in whom stents or bypass surgery are deemed not to be good options.

Medicare has approved coverage for EECP for patients with angina who have exhausted all their other choices.

In 2014, several professional organizations finally agreed in a focused update that EECP ought to be considered for patients with angina that’s not helped by other treatments. These organizations are:

In the heart, God has provided us with thousands of arteries. The three main coronary arteries give rise to approximately 10 branches, which give rise to 100 branches, and the hundreds give rise to thousands of branches. Capillaries are the name for these branches. They are all related and can give and receive blood from one another. When parts of the major or minor arteries get clogged, these channels might provide a good source of blood to the heart muscles. If these channels can be opened up or made wider in some way, the depleted cardiac muscles will receive adequate blood supply. This is known as a Natural Bypass. This procedure is known scientifically as “Pneumatically Assisted Natural Bypass” or “PAN Bypass”.

These natural channels are abundant in athletes and sportspeople. The heart muscle develops these capillaries into bigger tubes when they conduct a lot of exercises throughout their career? Even if they acquire blockages to the extent of 80-90 per cent, athletes do not experience angina once these tubes have been created. Even if their cardiac muscles are completely blocked, they will not die.

How to develop these Natural Bypass Channels?

A cardiac patient cannot be forced to run like an athlete. We also can’t ask them to do strenuous exercises because even the smallest amount of exertion causes angina. Scientists have now created a new gadget that can create these parallel channels. By directly boosting the pressure at the root of the coronary arteries, this equipment can artificially increase blood flow in the coronary channels. After a one-hour treatment with this equipment, the parallel artery/capillary system can begin to open, delivering additional blood to the heart muscles. To properly build the second Natural Channel, this treatment must be continued for around thirty sessions. Thus it can easily replace the Surgical Bypass surgery, the pet of most of the Heart hospitals.

The advantage of this treatment is that there is no admission to a hospital, no withdrawal from your work, no invasion to the body and the cost is low. It has no side effects of the surgery.

What does the machine do?

You should be aware that blood flow to the coronary artery occurs during the diastole phase, when the heart muscles relax. During systole, blood cannot enter the majority of the arteries because the heart muscles contract, rendering flow impossible. During diastole, this machine pumps more blood into the heart muscles. It has a number of pressure systems wrapped around bodily areas with increased blood storage. During each diastole of the heart, the pressure systems are engaged on a regular basis, synchronizing in such a way that significantly more blood reaches the origin of the coronary arteries. Thus the coronary arteries get filled up completely with blood during these periods flushing so much blood in the dormant but stretchable elastic capillaries that they become broad.

In other words, this machine works on the heart arteries in 30 hours opening the arteries much more than the athlete does in 30 years. It is much better than Bypass Surgery or Angioplasty.

Is this Natural Bypass accepted all over the world?

Yes, in the last two decades, this gadget has gained a lot of popularity. This equipment is used in about 200 facilities across the United States. It has almost completely replaced bypass surgery and angioplasty in China. In China, there are up to 10,000 facilities that use this treatment for heart patients. The machine is available in most of India’s major hospitals, including Escorts Heart Institute in New Delhi and Metro Heart Institute in Mumbai. However, Indian hospitals consider this therapy to be less profitable and favour Angioplasty and Bypass Surgery since they are more financially viable.

Call us now if you are in a medical emergency need, we will reply swiftly and provide you with a medical aid.

Copyright by BoldThemes 2018. All rights reserved.